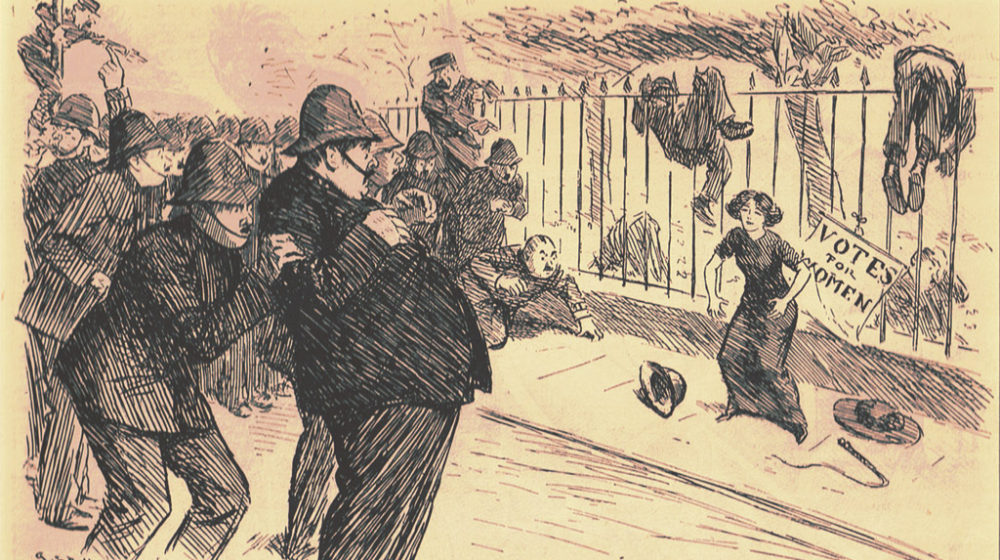 Cat and Mouse | A Project at Wilton's Music Hall

Cat and Mouse was a brand new theatrical development project, inspired by the extraordinary stories of suffragettes held in Holloway Prison.

Holloway Prison has been emptied, sold, and will soon be demolished. The site will be redeveloped and its nation-changing history further removed from the public consciousness. Cat and Mouse sought to draw attention to some of the less well-known suffragettes that played a crucial role in the bitterly hard-fought campaign for equality, taking its name from the so-called ‘Cat and Mouse Act’ of 1913, the government’s attempted solution to prisoners’ hunger strikes.

During our week at Wilton's Music Hall, we invited writers and theatremakers to join us and respond creatively to discussions by experts in various fields including early twentieth century legal issues and gender studies. While some questions focussed more on modern equality issues, all debate was inspired by the specific period of history and the incredible women who shaped it.

The week concluded with a workshop for students and a private sharing of the material generated.

The project took place between 18-21 October 2016 at Wilton’s Music Hall as part of the Plays Without Décor programme supported by the Noel Coward Foundation. It was produced by SPECIFIQ with First Sight Theatre Company.

The week was created and managed by:

All the participants, Wilton's Music Hall team and the Brown Family

'As a writer, the week felt very well pitched, proving to be both challenging but also brilliantly supported by the producers who cultivated a sense of possibility and a strong sense of community from day one. No pre-empted end goal, except for some words on a page, allowed for a variety of personal and thoughtful responses. Overall a thoroughly thoughtful and inspiring week.' - Louise, Participant

'I had such an amazing experience at the Cat and Mouse creative week. Having come in knowing the basics about the Suffragette movement I was blown away by the level of detail the speakers went into and the real life stories of these fascinating women. The group who had come to engage with these stories was so diverse and inspiring - it was great to meet other passionate writers and connect with them. I feel like I made some lifelong friends during the week and people that I would call on for other collaborative ventures or to gain feedback on future work. Becky and Oscar did a marvellous job keeping the week moving, suggesting topics for discussion and bringing on board some great speakers. I would love to work with SPECIFIQ again and it was a real honour to be involved with Cat and Mouse.' - Sally, Participant

'I found Cat & Mouse to be very productive and the framework was hugely conducive to creativity for me. The informal/formal balance was really good and set up an atmosphere which was professional without being intimidating. The experience offered a rare opportunity to be exposed to incredible expertise which was excellent.  The fact we were encouraged to respond in any form we felt apt and that the space itself was so inspiring equated to a really creative experience which truly did feel like a retreat of sorts. The content itself was incredibly current and offered the opportunity to reflect on our political climate in a way I wouldn't have otherwise.'  - Tutku, Participant